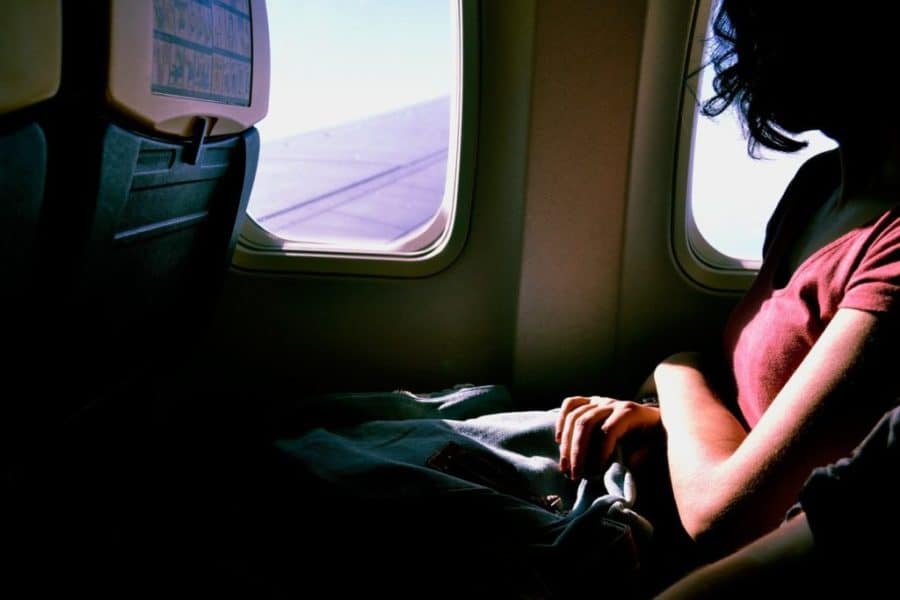 If you like me, get anxious and troubles to sleep in flights and looking for the best natural sleeping aids for flying or over-the-counter(OTC) pills than this article will help you with that.

OK. You received with understanding and applied all the recommendations and tips from the experts to succeed in sleeping on the plane! From stopping caffeine and alcohol intake and avoiding sleep during the day of the flight, exercising and reducing stress in any way possible.

Still, despite all the goodwill, you are one of these guys who just can not catch a good nap in the plane.
What’s next?

Should You Take Natural Sleeping Aids For Flying In The Shape Of Over-The-Counter (OTC) Or Herbal Pills And Tablets?

Natural sleeping pills can be very effective if you want to reduce the stress level and to be able to sleep on a plane. However, it is also important to address warnings about taking over-the-counter sleeping pills.

In other words, the longer you take natural sleeping pills for a longer period of time and at a higher dosage, the more their effect will eventually become less effective and their ability to help you sleep will decrease.

Some of the natural sleeping pills can have side effects as blur, fatigue and a general feeling of discomfort the next day. The common name for this phenomenon, which occurs even after drinking an excessive amount of alcohol, is called a hangover.

Sometimes an unwanted reaction may occur between over-the-counter sleeping pills and other drugs you take. Unfortunately, there is still insufficient knowledge of the interaction of natural sleeping pills, of all kinds and types and the mechanisms that they are working with, and prescription pills.

Sleeping Pills Over The Counter – What Are The Options?

Antihistamines used in the treatment of allergies. However, because of its calming effect, it is also sold as an over-the-counter sleeping pill. The possibility of a psychological dependence on diphenhydramine is low, but its use may cause dry mouth, blurred vision, fatigue during the day, constipation and urination.

A natural sleeping pill/prescription that also belongs to the family of antihistamines and is used for short-term treatment of insomnia (up to two weeks). Side effects are similar to diphenhydramine.

A hormone that helps control the natural sleep cycle. Although its effectiveness has not yet been proven, several studies have suggested that melatonin supplements may be beneficial in treating jet lag or in reducing the time it takes to fall asleep – although the effect is usually moderate. The side effects of these over-the-counter sleeping pills may include feeling sleepy during the day and migraine.

The amino acid gamma-amino-butyric is a neurotransmitter that is essential for the proper functioning of the brain. GABA is present in the hypothalamus and plays a role in the endocrinological activity and in the reciprocal relations between the hippopotamus (responsible for growth hormone regulation) and the hypothalamus (sleep regulation of the brain).

GABA is known as an effective and natural substitute for sleeping pills, sedatives, and anti-anxiety drugs. GABA is not addictive and should be taken before bedtime.

Much has been written about the clinical efficacy of herbs used as natural sleeping pills. Valerian root is considered one of the best known and effective for sleep.
Researches proofed it as equivalent to Vaben, sleeping pills of the type that requires a prescription.

The Valerian supplement may be taken in tablets or in solution. The use of Valerian does not usually cause side effects, and research has even shown that Valerian causes fewer symptoms and side effects caused by a placebo.

A perennial herb that smells like lemon. Growing near river banks and in a shady grove. Used as a spice and is considered a medicinal plant to treat depression and sleep disorders.

Melissa Medicinal Plant has been proven to be effective in calming mental stress situations and is recognized in some countries as a formal and effective treatment given as a natural sleeping pill. Medical Melissa can be combined with Valerian for optimal results.

There are about 370 types of hypericum, which is a perennial plant with yellowish flowers. Hypericum has also known as St. John’s Wort because they used to pick him up on St. John’s Day and hang on the doors, believing that the Hypericum was sowing evil spirits.

Many studies have been conducted on the chemical composition of Hypericum, which is considered a natural sleeping pill since it has been used for many purposes in traditional medicine such as healing of skin sores, lack of sleep, depression, sleep disorders, eczema of the skin, burns, and lack of concentration and hyperactivity.

There is a wide variety of active ingredients in both stalk and fruit, and its pharmacological activity has been studied in humans and in the laboratory.

The use of oils for relaxation and treatment of sleep disorders has been known for many years. The aromatic oil extract of the lavender plant is the most known one.

It has been found in various studies conducted among young people and elderly that the smell of lavender oil is as effective as sleeping pills that require a prescription.

Right. You do not need a doctor prescription to take natural sleeping pills. However, it is recommended to check with him if there is no interaction of the natural sleeping pills with other pills that you are taking, other background diseases from which you are suffering (eg pregnant women or elderly people with certain medical conditions) and what is the optimal dose.

Over-the-counter sleeping pills such as diphenhydramine and doxylamine are not recommended for people with asthma, obstructive pulmonary disease, glaucoma, sleep apnea, liver disease, and gastrointestinal obstruction.

Even in elderly, it is not recommended to take over-the-counter sleeping pills of these types because of the increased risk of dementia and also cause many side effects such as lack of orientation, constipation, dry mouth, arrhythmias, hallucinations, blurry vision and more.

Do not Use It Too Much

Natural sleeping / over-the-counter pills are a solution to flights and temporary insomnia. You should be taken one at a time and it is not recommended to take them for more than 14 consecutive days.

Avoid drinking alcoholic beverages near taking natural / over-the-counter sleeping pills. Alcohol may increase the effect of the pills. The same goes for taking drugs of various kinds, such as marijuana, as well as avoiding driving and any activity that requires alertness.

A Good Flight Sleep with Natural Sleeping Aids For Flying

The ability to enjoy a good and refreshing flight sleep is of great importance both physically and mentally. Do not hesitate to consult your doctor for help, if you have anxiety from flights or a long flight that you would like to be able to sleep in, incorporate natural sleeping pills / over-the-counter in a controlled manner.

I hope that this article has helped you with finding the best natural sleeping aids and OTC pills for flying.

If you want to know which seats in the plane are the most safer seats to survive a plane crash than here is an article on my website that you must read.